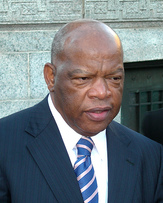 Rep. John Lewis is inviting multicultural organizations to share their food, heritage, traditional dress, dance, and music with others in the Atlanta metropolitan area. This year the event takes place on Sun. October 23 from noon to 4 pm at the historic Fourth Ward Park, 680 Dallas Street, NE Atlanta. The U.S. Department of State will make a special presentation about passport services available in the new Atlanta passport office. A passport is your ticket to the world.

Student, Host Family, Delegate  - to write a summary of experience