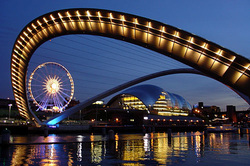 Newcastle is a very beautiful and nice city in North East of England. It has a population of 250,000 but including the surrounding urban area its population is almost 1 million. This city is the most popular for its sightseeing, attractions, destinations, nightlife, and accommodation listing like hotels in Newcastle uk. This city is a very lively and diverse city, known for its nightlife, art, music and sports. Compact, attractive and friendly, it is one of England's core cities and is a center of culture, architecture and business. Newcastle is a starting point for tours of the Northumberland coast and Hadrian's Wall which the town is also home to the Geordie culture, with a rich heritage of folk music and dance and its own dialect. This is a good attractions point in this city include River Tyne, city walks, Tourist Information Center, Tyne Bridge, Gateshead Millennium Bridge, Castle Keep, Segedunum, Central Arcade, Grainger Town, Grey's Monument, St Nicholas Cathedral, Stowell Street, The Angel of the North, Hadrian's Wall, Vampire Rabbit and some others.  read more 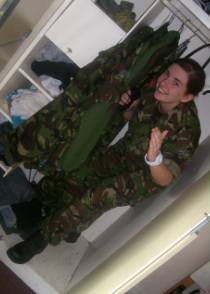 Bio:   Natalie has already been involved in representing young people on a number of local committees. For example, she helped design the new building for the City Library, was part of the Investing in Children team who interviewd youth workers, and she has taken part in many school based events such as helping out at Parent Evenings. Natalie has a 100% attendance record. She has been a member of army cadets for 3 years gaining the Duke of Edinburgh Bronze Award and is well on her way to achieveing the Silver Award. Natalie has ambitions to study for a Maths degree and then go on to be an Air Traffic Controller.


Bio:    Tabitha has been involved with the Christian Youth Ministry Team for several years and hopes to do a Gap Year working for them after she leaves school. The work has involved helping to organise a week long mission within the school for every pupil within her school with the Youth Mission Team Members at the time,and was also part of a 'Mini-Mission Team' going into local Primary Schools. She has recently become part of a Youth Board at a local independent cinema, who's aim is to promote and make the cinema more appealing to the youth of Newcastle. In the longer term Tabitha would like to study Film at University. 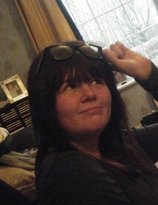 Bio:   Rubi has been involved in the Christian Youth Ministry Team and would like to take a Gap Year working for them after her A Levels before going on to University to study Drama and Performance. She is raising the funds for the trip to Atlanta herself and hopes to develop her leadership skills which will help her in her future work with children at the Christian retreat. 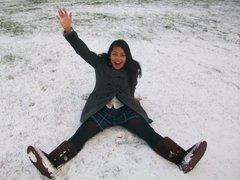 Bio:    Patricia grew up in Indonesia and has now settled in Newcastle, England. She has learnt a new language and is getting used to a new culture. She is very aware of the potential contribution that arts, music, sports and cultural contributions can make to a City's economy and wants to eventually study Economics at University. Patricia is a member of the Swing Bridge Singers, Vaulting Ambition Theatre Company and recently volunteered to work with the traveller community temporary school at the Hoppings Town Moor Fair in June/July. Patricia has been elected to the position of Deputy Head Girl for her school demonstrating great leadership potential already!