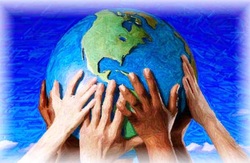 Mission Statement
The mission of the Atlanta Sister Cities Commission is to increase the knowledge, goodwill, and understanding of the world through people-to-people diplomacy, education, cultural and economic exchanges, and humanitarian assistance.

Since 1974, The Atlanta Sister Cities Commission (ASCC) has been an affiliate of Sister Cities International (SCI), the national membership association for sister-city, county and state programs in the United States. ASCC is one of more than 2,100 sister city communities in over 100 countries throughout the world.

The Sister Cities program began in 1956, when a people-to-people citizen diplomacy initiative was proposed by President Dwight D. Eisenhower, as part of the League of Nations. In 1967, as a result of extraordinary growth of the program, SCI became a separate, nonprofit organization. ASCC seeks to foster global cooperation and understanding, cultural awareness and economic development through its sister city relationships with 18 municipalities in the Caribbean, South America, Europe, the Middle East, Northeast Asia and Africa.